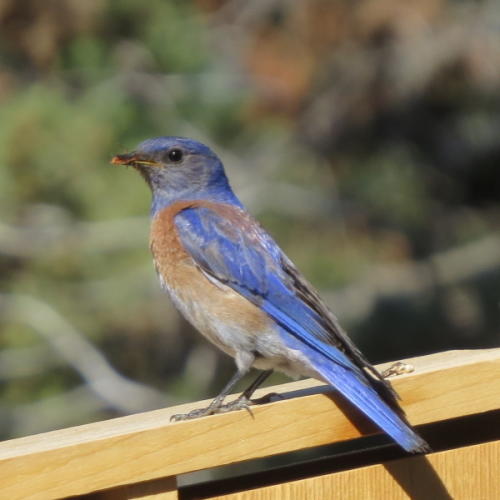 Lately I’ve been caught up in the tyranny of the urgent. You know the drill…weeds to pull, bills to pay, e-mails to answer… I was knee deep into my to-do list when I realized the need to monitor nest boxes for the Bluebirds Over Bend project. I grabbed my notebook and binoculars and headed out the door.

Shevlin Park, with the tumbling waters of Tumalo creek, is one of Bend’s Star attractions. And it’s a birder’s mecca. In the space of two short miles, I saw a Lewis Woodpecker, a flicker, a House Wren, Pygmy Nuthatch and a pair of Western Bluebirds--all tending to their nests.

The bluebirds, however, caught my attention and stopped me in my tracks. Literally.

As the parental pair worked in tandem to supply a steady stream of insect delights to their ravenous chicks, I plopped down at the base of a ponderosa and watched the show. One after the other, the two flew off to forage in order to meet the incessant demands of the nestlings.

A little bluebird background here. Bluebirds lay on average 4-6 eggs. Upon hatching, the endless job of tending begins. Research says that “each nestling is fed two to three times each hour until it fledges.” Let’s do a little math (sorry, math phobes, but this serves to make a point) Let’s say five chicks remain in the nest for 20 days (average is18 to 21 days) and are fed 3 times an hour, just for daylight hours, that adds up to about 3,000 insect catch and carries! 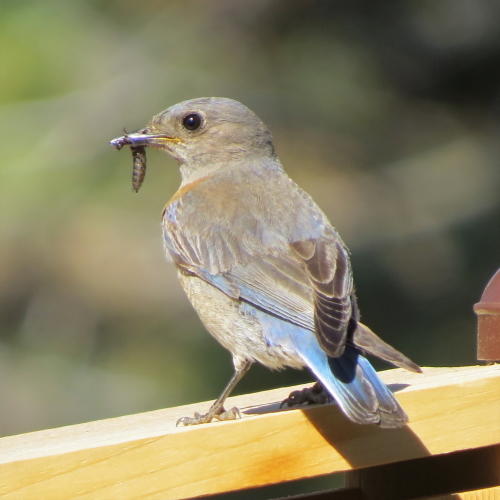 And we haven’t even talked about the diaper changes (okay, kidding, but the parents do remove the fecal sac (aka poop in a bag –actually kind of a “Pamper’s” for birds) Seriously. Check out this entertaining and informative article:  What Are Fecal Sacs? Bird Diapers, Basically | Audubon

Now I realize that this dedicated team of bluebirds were not contemplating self-care-spa-time after a hard day’s work, nor were they congratulating themselves for helping to raise independent offspring, they were merely doing what bluebirds do.

But I was contemplating. As I watched the bluebirds’ behavior and drive to survive in the wild, I was reminded that in our human world, with all its demands, it is easy to become consumed by the endless tasks at hand (my cell phone is dinging repeatedly with messages as I type) forgoing what is truly important.

As it turns out, this walk in the park was not an extravagant indulgence—but an essential engagement if I am to endure life’s challenges that come my way. A little bird showed me so.

Have a Bluebird Day! 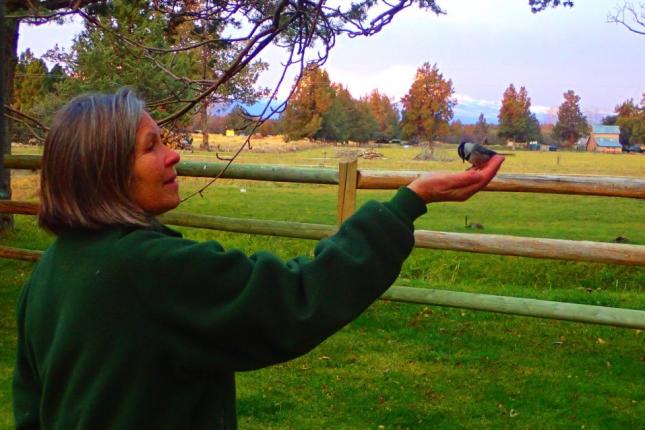